We Need Trump and DeSantis 👍

It’s less important which one runs in 2024 than that one of them does — and wins. 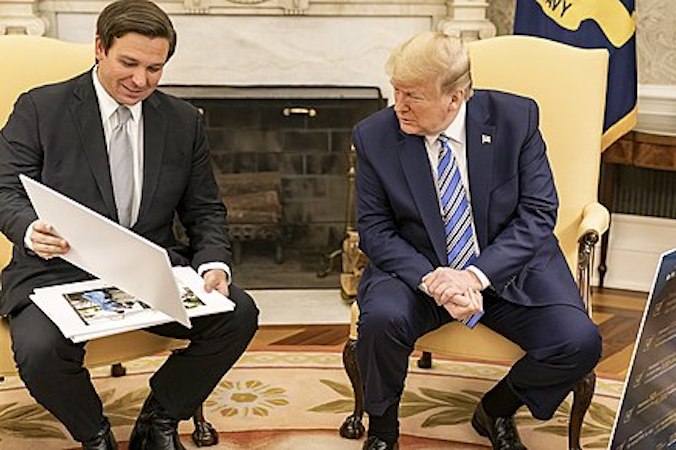 The two are on the same side in the massive political fight for the future of the country that is just beginning. But attempts to stoke division between Team Trump and Team DeSantis have found occasional purchase because the more hard-line Team Trump folks seem to have the willies over the idea that the Republican establishment is going to throw The Donald overboard for DeSantis, whom, the story goes, they can control. And a lot of the Never-Trump gang, realizing that the dreams of a Mike Pence or Nikki Haley taking us back to the bygone days of the Bush GOP really won’t be fulfilled, are projecting those dreams onto DeSantis as a more palatable alternative to The Orange Man.

DeSantis is Trump 2.o. He’s not the Never-Trump dream candidate, any more than Ted Cruz was the Never-Trump dream candidate in 2016. DeSantis is the most based and ballsy Republican politician currently holding office in America today. The things he does in Florida are every bit the radical departures Trump offered during his first term in the White House, things which are “divisive” and “controversial” as Trump’s actions like placing our embassy in Israel in Jerusalem were.