Republican Arizona Governor candidate Kari Lake trashed CNN to one of its reporters’ faces when asked for an interview. 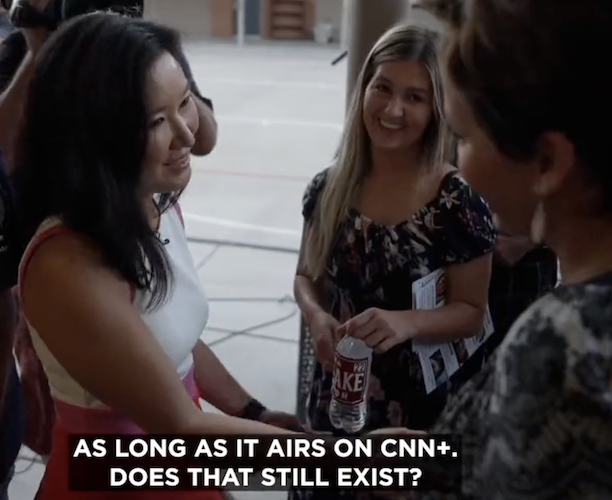 During a campaign stop this week, CNN reporter Kyung Lah approached Kari Lake and asked if she had a minute to chat, prompting a rather sarcastic exchange.

“You don’t have a mask anymore. What’s going on?” Lake sarcastically asked Lah.

“We’re outside,” responded Lah. “Do you have a minute to chat?”

Lake used the opportunity to remind CNN of just how far it has fallen.

“I’ll do an interview,” said Lake. “As long as it airs on CNN+. Does that still exist? I didn’t think so, because the people don’t like what you guys are peddling, which is propaganda.”

WATCH what happens when @CNN ambushes @KariLake outside of an event 😂

“I’ll do an interview with you… as long as it airs on CNN+, does that still exist?”