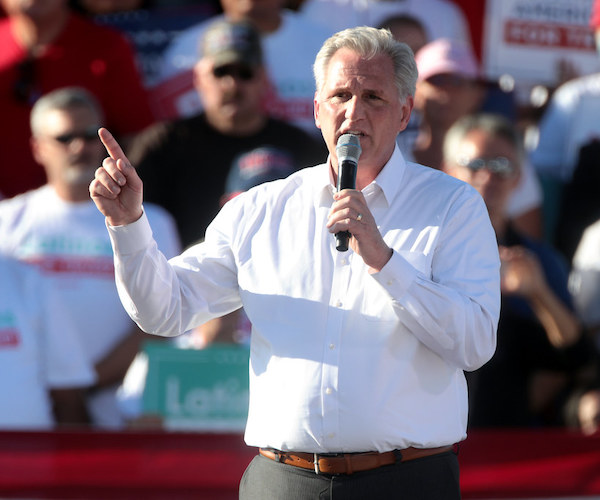 House Republican Leader Kevin McCarthy says he believes he’ll be the next speaker of the House.

"I believe so. We’ll win the majority and I’ll be speaker. Yes," McCarthy said in an exclusive interview with Fox News on Monday, as he pointed toward the likely regaining of the House majority by the GOP in November’s midterm elections.

And McCarthy, during a stop in Wyoming, said the near certain defeat of Rep. Liz Cheney in the state’s GOP congressional primary on Tuesday can be seen as a "referendum" on the Democrat-dominated select committee investigating former President Donald Trump’s role in the Jan. 6, 2021, storming of the U.S. Capitol.

The red wave is coming. https://t.co/hIB6MssDwL