MTG fighting the Rinos & critics: ‘Shame on Fox News for having him on, Karl Rove can go kiss my a**’ 🚨 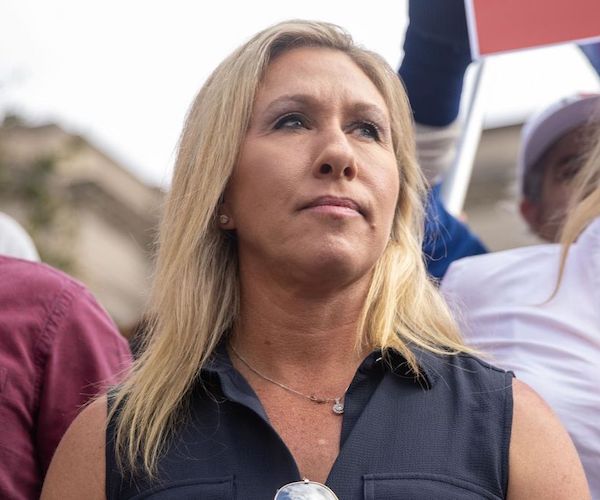 It started as Greene and Gaetz watched a clip from Fox News Sunday, in which former White House chief of staff Karl Rove was asked to weigh in on the audio leak of House Minority Leader Kevin McCarthy, in which he appeared to consider asking President Trump to resign in the wake of the events on January 6th.

Marjorie Taylor Greene: "Karl Rove can go kiss my ass 'cause I could care less what he has to say about any of us...Shame on Fox News for constantly having him on there" pic.twitter.com/o9rPi5J6Bc

“Give us the long view on the impact of this leak, both for McCarthy and for House Republicans,” the show’s host, Sandra Smith, asked Rove in the clip.

“Well, I think it’s a blip,” Rove responded. “I don’t think it’s going to be consequential in the long term. McCarthy has very strong ties among most of the elements of the Republican conference. There may be a few dissidents, the sort of Matt Gaetz, Marjorie Taylor Greene wing of the party, which seems to consist of basically two people, but, uh, I don’t think this is going to be a significant blip.”

I am repulsed that people gladly take a paycheck to lie and mischaracterize me like this guy, Jim @Acosta.

I want to think good things about the press, but they behave like this and it makes me sick to my stomach. pic.twitter.com/jSOUPK9RM4

Did DC Metro Police respond to a domestic disturbance call at your DC apartment on July 1, 2017 at approximately 11PM?

What was that all about?

I’m just asking you some questions.

MTG fighting back critics: 'Shame on Fox News ' Karl Rove can go kiss my a**' via @BIZPACReview - https://t.co/Z6YpSC8EvG