KEEP SENDING THEM: Alejandro Mayorkas Is Complaining About Texas Busing Migrants to DC and NYC 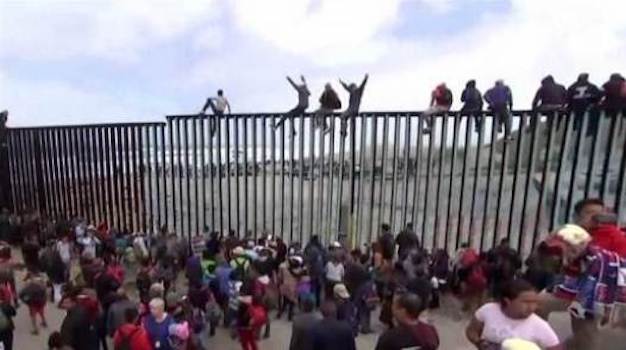 Mayorkas made a surprise visit to the Del Rio Sector, a sector that sees thousands of illegal crossings on a daily basis, this week.

HAPPENING NOW: @SecMayorkas has arrived at Eagle Pass and is meeting with BP agents at Shelby Park. Secretary Mayorkas did not take our questions after the meeting and did not communicate the visit to any media outlets@DailyCaller pic.twitter.com/jdayHShm3O

Massive group of migrants walk alongside road and head towards border patrol to be apprehended. Another busy day ahead for BP agents and local authorities here in Eagle Pass. Migrants say they are coming from Cuba,Venezuela and Nicaragua @DailyCaller pic.twitter.com/joXGxrr5VW