Republicans hoping to seize control of the House in November are already setting their sights on what is, for many of them, a top priority next year: impeaching President Biden. 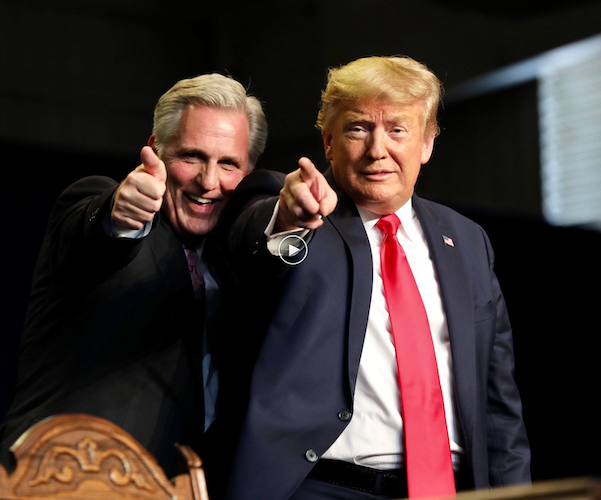 A number of rank-and-file conservatives have already introduced impeachment articles in the current Congress against the president. They accuse Biden of committing “high crimes” in his approach to a range of issues touching on border enforcement, the coronavirus pandemic and the withdrawal of U.S. troops from Afghanistan.

Those resolutions never had a chance of seeing the light of day, with Democrats holding a narrow control of the lower chamber. But with Republicans widely expected to win the House majority in the midterms, many of those same conservatives want to tap their new potential powers to oust a president they deem unfit. Some would like to make it a first order of business.

“I have consistently said President Biden should be impeached for intentionally opening our border and making Americans less safe,” said Rep. Bob Good (R-Va.). “Congress has a duty to hold the President accountable for this and any other failures of his Constitutional responsibilities, so a new Republican majority must be prepared to aggressively conduct oversight on day one.”

Biden's border crisis continues, as @MayraFlores2022 calls out the administration for their border failures. WATCH: pic.twitter.com/Qhugkhpkc5

Joe Biden abandoned Americans in Afghanistan during his botched withdrawal.
@JakeEllzey, @TonyGonzales4TX, @BrianMastFL, @michaelgwaltz & @RonnyJacksonTX call Biden out for his failures in Not In Vain: One Year Later.pic.twitter.com/Cve5quYrlY