Donald Trump is scheduled to be at this week’s LIV Golf Invitational at his Trump National Golf Course in Bedminster, N.J. 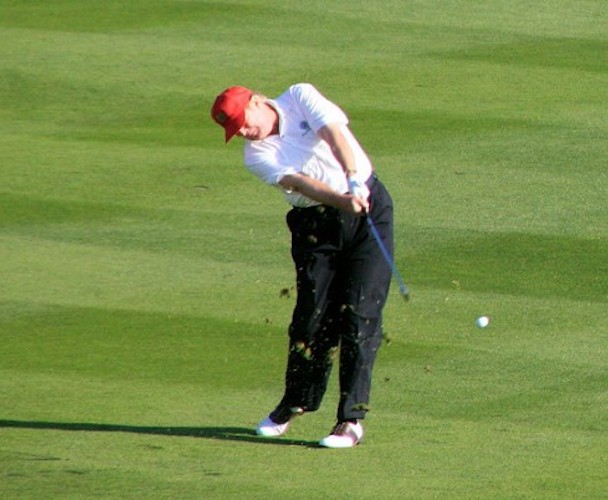 The former president will play with Bryson DeChambeau and Dustin Johnson in Thursday’s pro-am ahead of the first round, a tournament official confirmed to The Post.

That Trump will be paired with DeChambeau and Johnson is hardly a surprise. He has played with them both before in South Florida. DeChambeau’s bag also used to feature Trump’s logo.

Trump won’t be the only big name on hand for the controversial Saudi-backed league. Charles Barkley, Caitlyn Jenner and Lawrence Taylor are among those scheduled to participate in Thursday’s pro-am.

Trump's Hole In One... pic.twitter.com/OSwt7rwkbm