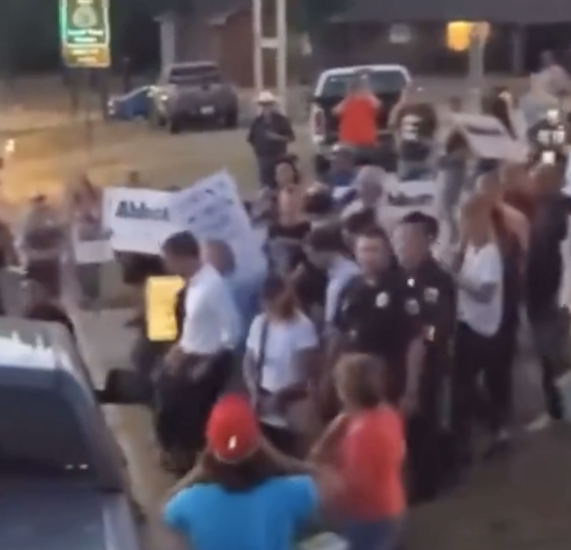 O’Rourke wrapped up an hour-long campaign stop in Rockdale, Texas, Friday evening and walked back to his truck through a crowd of Texas Republican Gov. Greg Abbott supporters. Several boisterous people walked O’Rourke back to his vehicle, waving Abbott signs and dancing along to Kid Rock’s “We the People.”